I didn’t get lost or arrive late, but I totally monopolized a board room table. Ladies and gentlemen, Alyssa has entered the world of interning!

This past week, I officially started my internship at Reaktion Books, an independent publisher in Clerkenwell, a trendy and lively area of London. Before landing in London, I was worried about taking the tube by myself and finding my internship, but I couldn’t have had an easier location to commute to every day. Clerkenwell is barely fifteen minutes away from where I’m staying and I have TWO possible lines that will take me to my tube stop, Farringdon.

The very first day, I decided to get to Clerkenwell ridiculously early because you never know what can happen on the tube, right? (I already knew exactly where to go because some of my flatmates helped me find the spot the night before my interview last Friday!) So I decided to grab brunch at a rather foreign and exotic restaurant known as Starbucks. (I knew it had WiFi, okay?)

The nerves were SERIOUSLY kicking in at this point, but I tried to stay calm by looking at Buzzfeed UK and Pinterest. Then I made my way to Reaktion, hoping I wouldn’t do anything stupid like spill tea or jam the copy machine.

Welp. I didn’t JAM the copy machine, but I had no idea how to add paper to it. My very first task was to start making packets to give to Reaktion’s sales representatives. Each packet has details about the new books they’re publishing for Fall/Winter. The good part: the very first thing I did was get acquainted with all of the books they’re putting onto the market. The bad part: I held up the printing queue (the UK word for line) within my first half an hour of being there. Nothing says “Nice to meet you, intern” quite like hogging the only printer.

And speaking of hogging, to make my packets, I completely monopolized the only board room table. To get an idea of how many papers we’re talking about, there are probably 30 books which each had a cover page, an Advanced Information sheet, a table of contents page, and occasionally some images. That would all fit into one packet. I was making 25. According to the free calculator app on my phone, that’s a max of 3,000 pages. Everyone at Reaktion was super nice and didn’t look like they minded my small mistakes, but I didn’t leave the office feeling too confident about myself.

Fortunately, the next day went so much better! I created an system to keep myself organized while not turning Reaktion’s office into Planet Paper Mania. As it turns out, they’re actually moving to a new office, so some of my coworkers were coming in and out of the board room to move books. Everyone who works there is British and the people I’ve spoken to all live in London, so I learned a little bit about London life from the locals. Apparently, cricket is extremely popular, ice tea is NOT a thing, the phrase “jumbo shrimp” is just ridiculous, and driving past Stonehenge on the highway is about as exciting as passing a McDonalds billboard in the United States. I also had my first cuppa (cup of tea) during work! 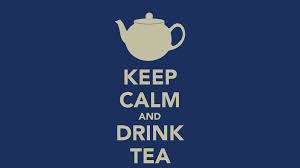 Tomorrow, I’ll probably wrap up the sales packets and start my next project. I’m also going to venture out of the office for lunch and explore more of Clerkenwell! Cheerio!